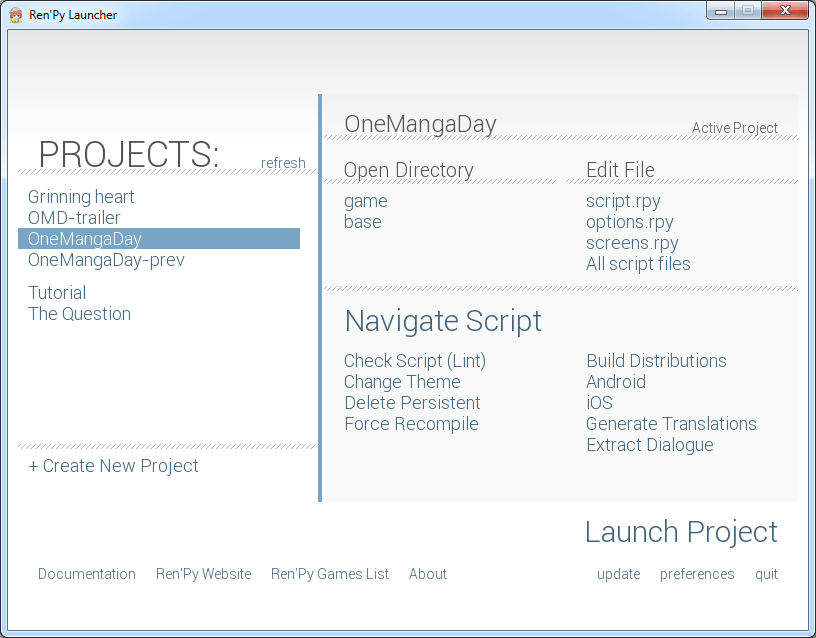 There is a list of projects on left. And active project options on the right (the active project is highlighted with blue in projects list ). To create your game you need to click “Add New Project” under the list of projects. Further, the engine will ask a few simple questions. Remember the name of the game should be in English (do not use international/unicode symbols).

So, you can proceed to writing game after creating the project. In the list, select edit script.rpy. This opens file editor (default editor offered by RenPy - Editra, is good enough). I like the dark color schemes for writing texts, so Dessert-theme just saves me. Here is my Editra after some tweaking: 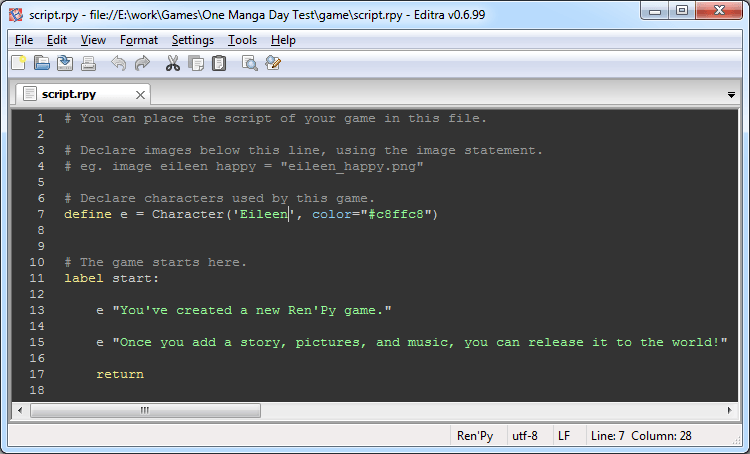 The code is quite simple too. In line 7 we define a character named “Eileen”, whose name will be written with color #c8ffc8 (color can be taken in any graphics program, for example, GIMP or Photoshop). For brevity of writing a character assigned to the short name of “e”. In 13 and 15 line literally written the character “e” (Eileen) says on the screen that is specified in quotes. Lines starting with a hash mark (#) are developer comments and not affected the game process.

Let’s make some graphics for the game. The default resolution is 800x600 pixels. This setting can be changed in the options.rpy file, but for the first game such permission is optimal. Therefore it is necessary to create a Comipo panel with size 800x600. When you change the size by dragging the mouse near the panel is written, what size it is: 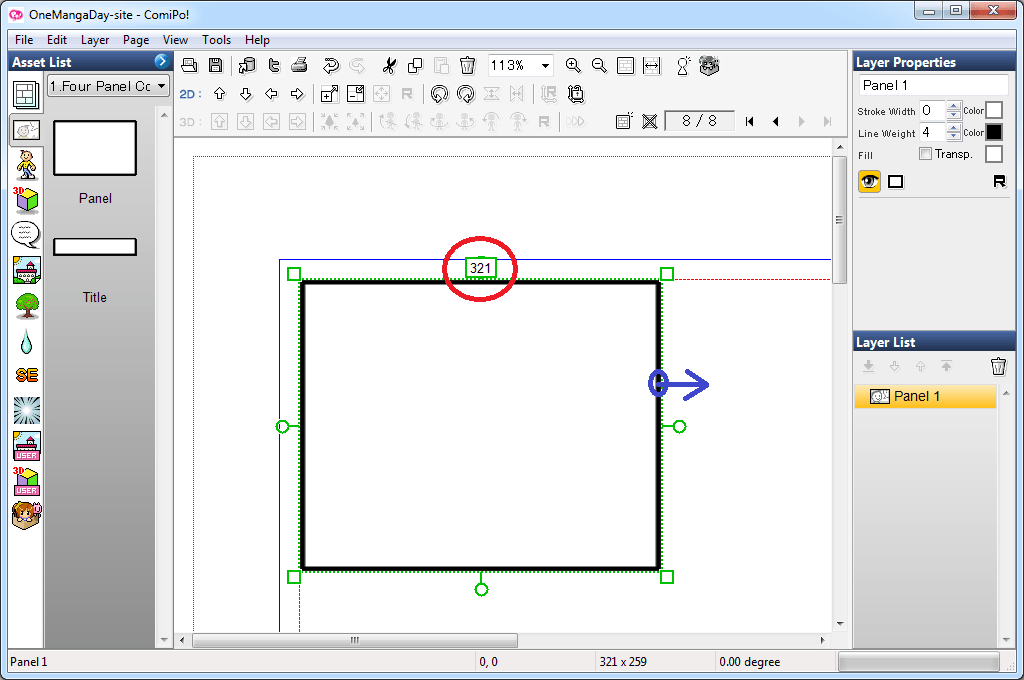 Let we want to re-create such a scene in the game: 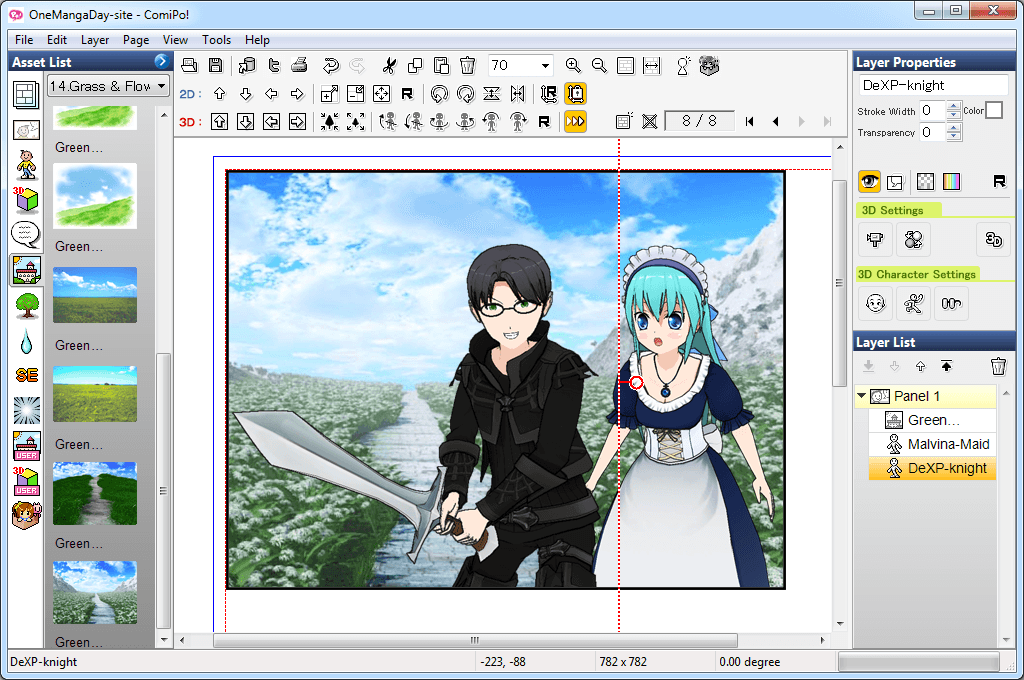 Exporting the layers one by one. We start with a background image, select the height was about 600, width 800. Details for beginners described in the tutorial about export. Other layers export must be done with the same settings. That’s how exported knight layer looks like:

This is how the RenPy code looks:

Code of creating characters has already been examined. Here we are in lines 1 and 5, creating new characters: m and dex. Innovation is the character states and image for each state. For example, for the character m state is set to oho, corresponds to the image Mala-o.png (line 2).

The game begins with the execution of the label label start: (line 11). Next we show that we will start on the black screen (scene black). Lines 13 and 14 - just the text that will be shown on the screen. Modifier with indicates modifier (animation), which will display the object. There is much animations, and each can be applied to almost anything.

Line 16: show dex norm at left with dissolve. Reads as follows: show character dex with state norm, on left, with animation fade. Line 17 - also a display of text, but as before the text we have the name of the character, the name will also be displayed.

Lines 23 and 24 - the animation of Malya and Dex position exchange. In these lines we use the show command, but since the character is already on the screen, then only animation will be applied.

In fact - everything our first game ready. It has a small source, is not very difficult to understand. Here lies another trick in the RenPy study - study it is necessary to gradually adding one new feature, and depending on how they affect. Good help is Quickstart Guide. Much more useful links can be found in the Ren’Py Wiki.