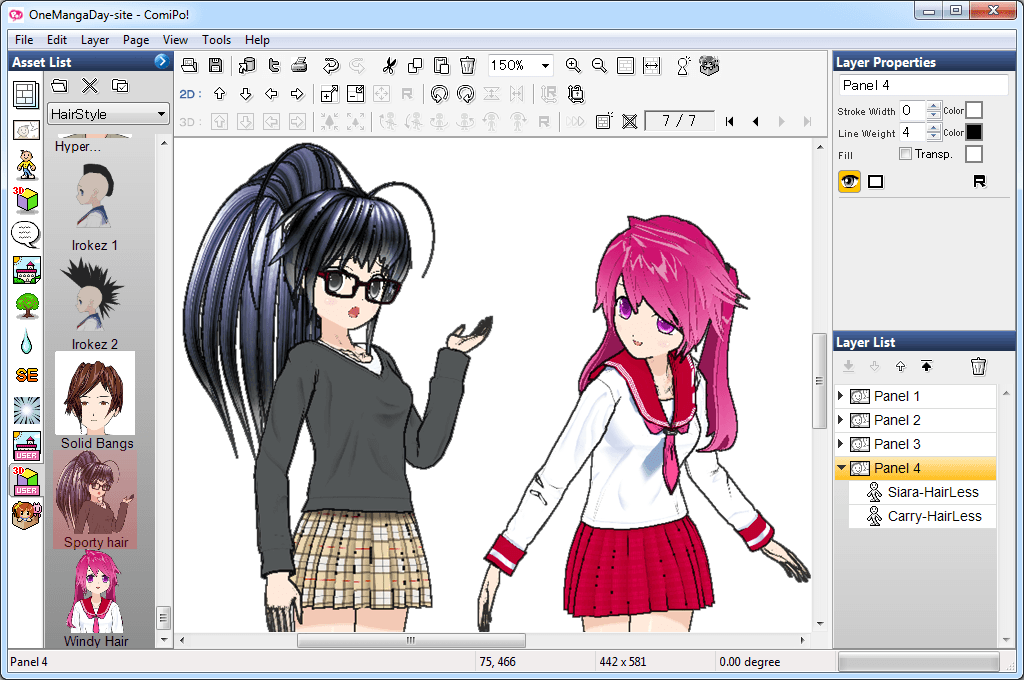 The figure above show Sporty Hair and Windy Hair hairstyle by MMDFakewings18. It is already imported into Comipo. The easiest way to convert PMD (or PMX) into MQO is a “dxPmdxConverter” utility: https://github.com/DeXP/dxPmdxConverter/releases/latest 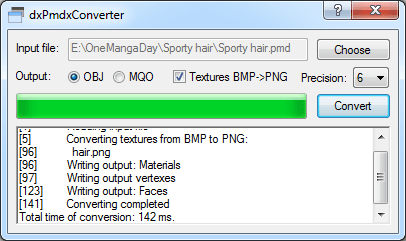 First, you need to extract your hairs archive. For example, I extracted Windy Hair into “E:\OneMangaDay\Windy Hair” folder: 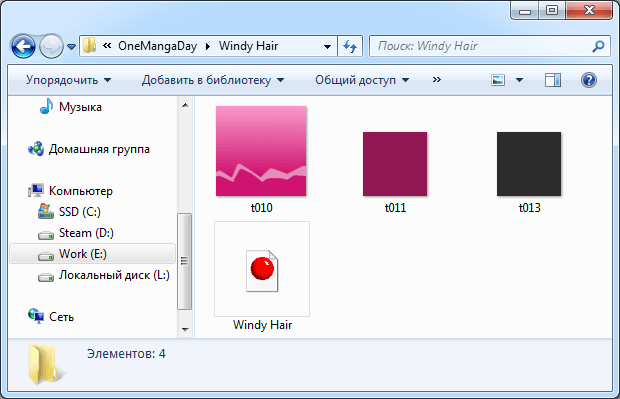 I want to draw attention to the files t010, t011, t013 - this is texture images, they are “dress up” to the model. Without them, Comipo import will not work correctly, the model will simply white with a black stroke.

Next you need to convert PMD-file into MQO format. To do this, open the dxPmdxConverter and select the desired file in it (or just drag&drop it). If everything is successful, then the folder will have one more file - MQO: 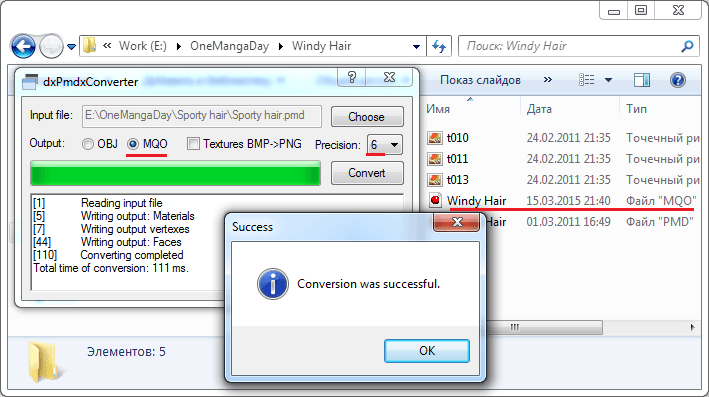 You must import result file into Comipo after converting the model into obj or mqo. The most convenient way is simply drag the resulting MQO-file into the Comipo window. More information about the import of models can be found in the tutorial “Making own 3D objects for Comipo”. It is convenient to bind hairstyle or clothing to the character after importing. This is described in the tutorial “Item Positioning in Comipo”.

Here is the girls with third-party hairstyles: 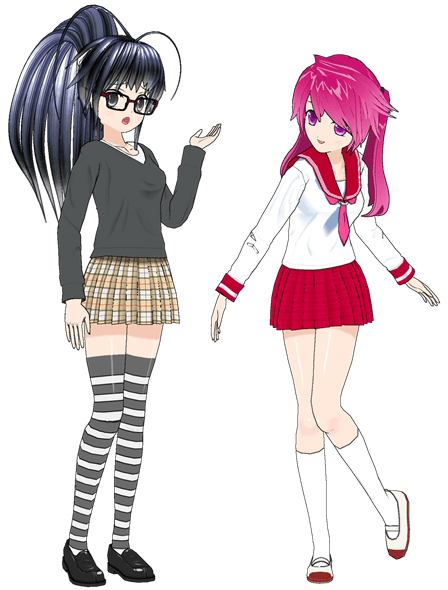 You can find a lot of MMD-stuff on deviantart.com: hairstyles, dresses and all other stuff.

dxPmdxConverter was written specifically for tutorials on “One Manga Day”. Typically, the utility produces the best results in the conversion of PMD into MQO. It can also read PMX, and write both MQO and OBJ. However, the result is not always perfect. You can also try PMD import for Blender or PMX Editor (link 1, link 2), but these methods are much more complicated.