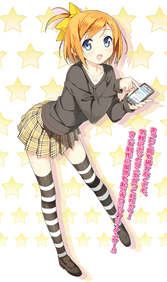 You can see some Manga Maker Comipo tutorials here. The program was developed by the Japanese, so it is not always clear for the European people. But sometimes it allows you to create almost real miracles!

You can buy program on: 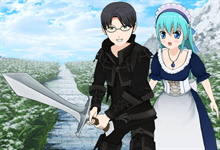 You can easy do park background in Comipo by using combinations of 2D-elements “Item Image”, namely “32. Tree” and “33. Grass & Flower”. The bench is collected from 3D primitives. Here’s a park scene in Comipo:

As you know, Manga Maker Comipo has a very few backgrounds with room interior. So, we need to make our own, it’s not very difficult! The resulting image will be based on a mixture of 3D- and 2D-elements. Result in Comipo looks like this: 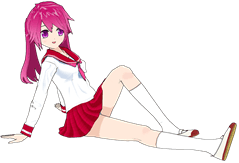 We will use techniques, described in Steam logo Comipo tutorial to create a WebMoney logo. First, you need to put existence WebMoney logo picture into background layer. Then put on top of it the base sphere. Decorate sphere and add cubes. The WebMoney logo main feature is a gradient blue parts and their interaction with each other:

Novice Manga Maker Comipo users often asked, why their saved file cannot be opened as a picture. This is because the comic is necessary not only been saved, but also exported as standard picture. To do this, you must use the menu item “File” - “Export Image File…” or press F2 on the keyboard: 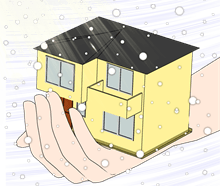 In the case of Amazon logo must pay more attention to the font name. Then the logo will be recognizable.

Creating a website in Manga Maker Comipo is almost like creating it in Photoshop. That means the program is only responsible for creating the image of the future design. Everything else must be done in other programs and requires skills and knowledge of HTML and CSS.

Let's see an example shown below: